Diplomatic Missions based in Dhaka

• M/O Foreign Affairs is coordinating with foreign Embassies in Dhaka, UN Offices and other International Organizations in Bangladesh, and briefing them about steps taken by GoB to address the challenge of COVID-19;
• Foreign Secretary held a meeting with Ambassadors/High Commissioner of West European countries in Dhaka on Sunday, 22nd March 2020 at 1800 hrs at State Guest House Padma. Ambassadors of France, Germany, Italy, Norway, Spain, Sweden, Switzerland; High Commissioner of UK; and Ambassador and Head of EU Delegation of Dhaka attended the meeting. Foreign Secretary briefed the Ambassadors about the preparations by the GoB, and assured them of assistance, if they require any.
• M/O FOREIGN AFFAIRS  also sent a note verbale to all Missions in Dhaka in the evening of 23rd March 2020, informing them about the decisions to be enforced from 26 March to 3 April 2020, of the GoB that were announced in the same afternoon. 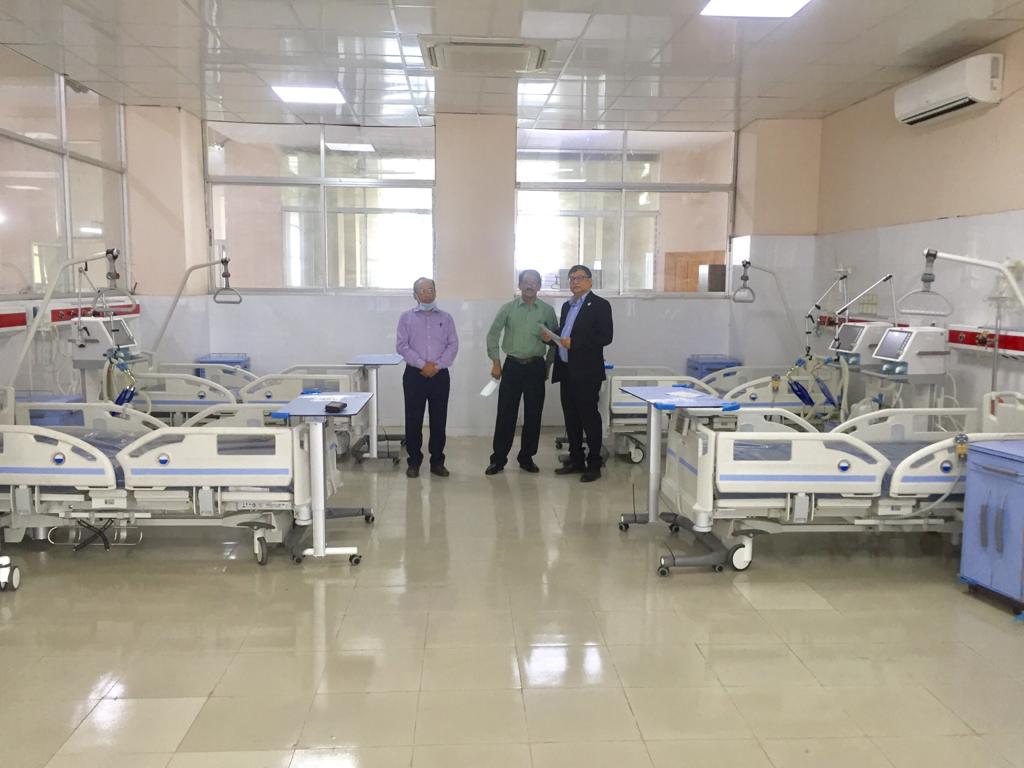 Foreign Secretary and Coordinator, Corona Cell visit hospital that could be used for Foreign Corona Patients from Diplomatic Missions in Dhaka 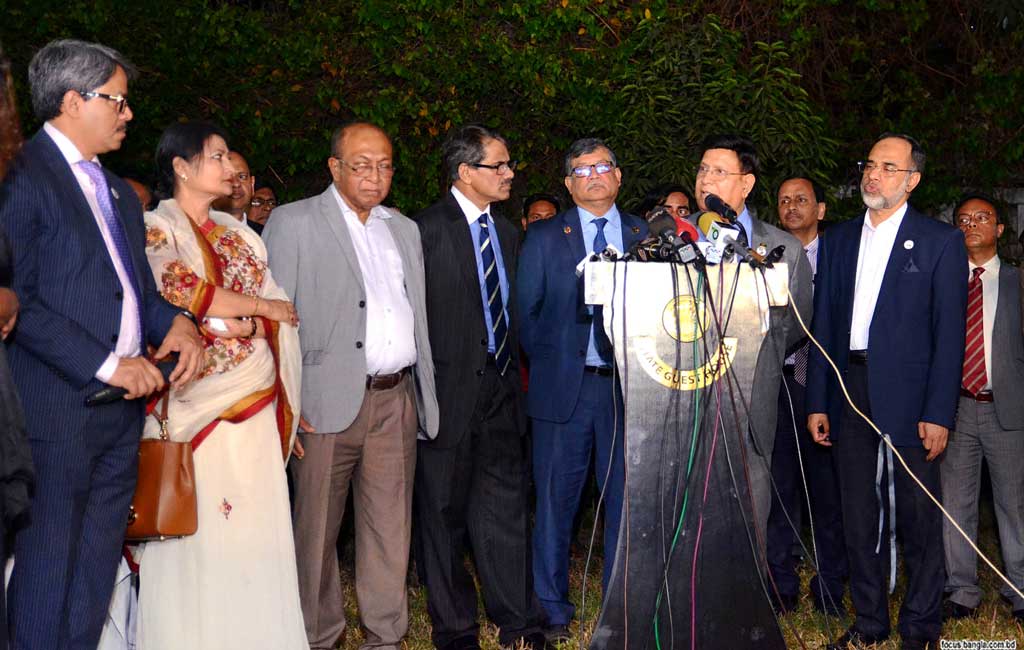 Hon'ble Foreign Minister briefs foreign diplomats in Dhaka about COVID-19, emphasizes mutual cooperation.
https://www.dhakatribune.com/bangladesh/foreign-affairs/2020/03/16/dhaka-urges-world-to-work-together-to-tackle-coronavirus
Press Release
"The Government has put forth its best efforts to help out the foreign citizens in Bangaldesh"
Dhaka, 5 April 2020
The Government of Bangladesh has put forth its best efforts to help out the foreign citizens and permanent residents (PRs) stranded in Bangladesh. Government has extended its wholehearted cooperation to the foreign missions in Dhaka who sought assistance to take their citizens and PRs keen to stand by their family members during this crisis period. So far the government has facilitated six special flights including two flights to USA consisting of over 900 passengers. Most of them being regular visitors arriving in Bangladesh before the COVID-19 outbreak, became stranded as the regular flight operations were suspended. As they started to contact the embassies and request for the repatriation, embassies undertook measures in collaboration with the government to arrange charter flights. About 85 percent of USA-bound passengers are Bangladeshi-born US citizens and PRs who traveled to reunite with their families and accompany them during the time when they need them most. A significant number of PRs had to travel back to USA before the deadline period, a legal obligation that needs to be obliged by all PRs. A large number of Japanese and Russians who have left and are in the process of leaving were engaged in different projects which are currently not in operation. So these experts & consultants have decided to join their families as currently they do not have much work. As soon as the situation normalizes, all of them are expected to return. Among other cases, a good number of foreign students studying in Bangladesh have flown back and are in the process of leaving Bangladesh as all the educational institutions are presently closed. In the same spirit, Government remains committed to providing adequate health facilities and support to the foreign citizens and PRs living inside the country, particularly diplomats and their families. 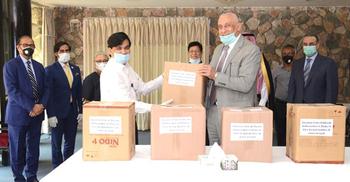 Today, 11 April 2029, Envoys of Muslim countries in Dhaka s donated six tonnes of food for distribution among the destitute people locked down due Corona virus pandemic situation.
The donation was handed over to Deputy Commissioner of Dhaka in presence of Foreign Minister Dr A K Abdul Momen at the State Guest House Padma.
The Palestinian ambassador, on behalf of all Muslim missions here, said their support would be continuing for Bangladesh in combating the deadly coronavirus.
The Foreign Minister thanked the Envoys expressed his gratitude to the ambassadors of the Muslim countries for their private help.